Wallstreetbets, the infamous Reddit group is now calling for Short Squeezing the silver Bullion market, what many consider to be the most shorted asset in the trading market. The group moderators have now changed their access to private mode.

Silver is currently heavily shorted and a majority of those short positions are bought by JP Morgan.

Just like Melvin Group, JP Morgan could be at the receiving end of “short the Wall Street” sentiment. 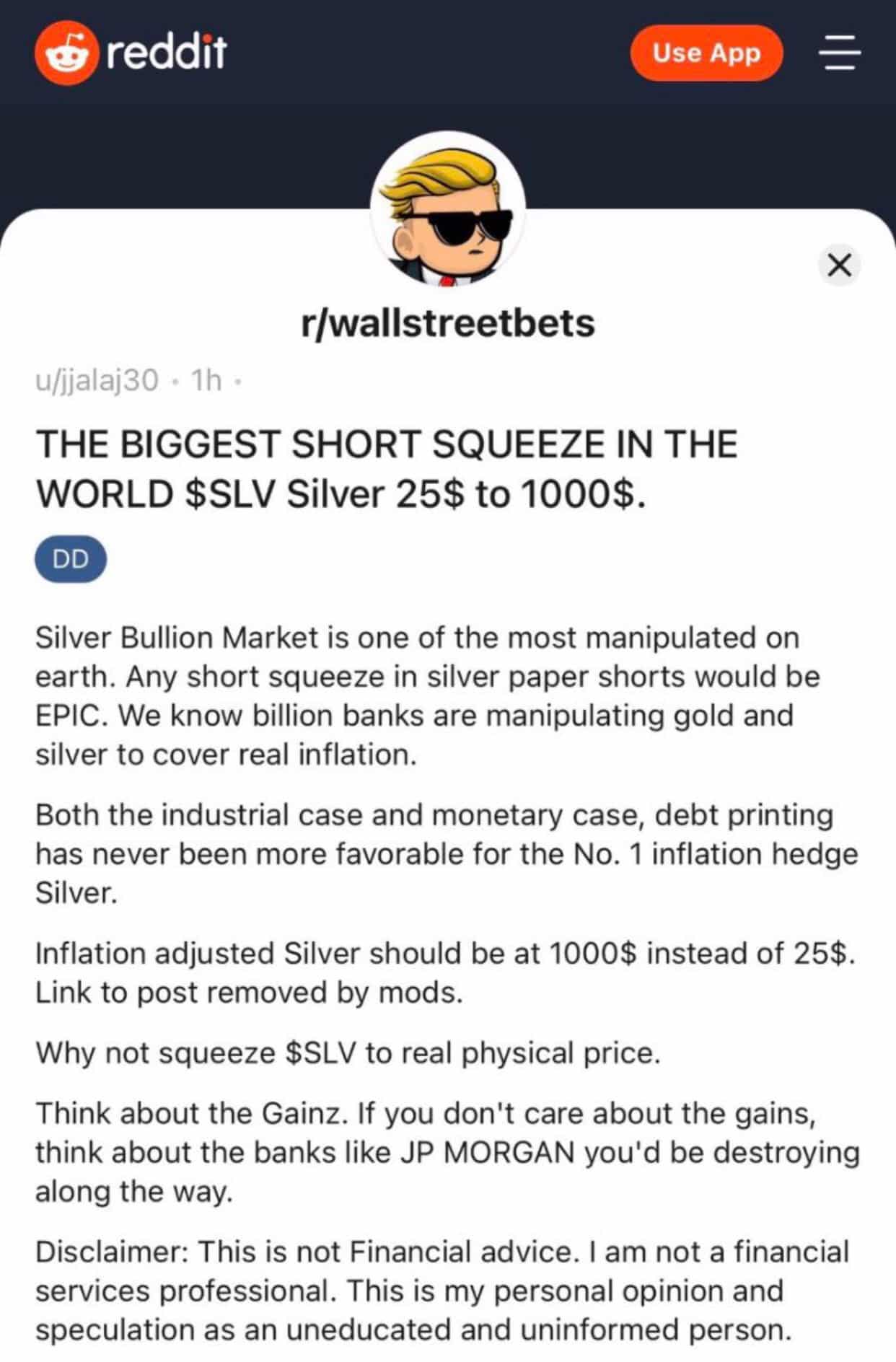 Another Twitter user explained that for every $1 rise in Silver price, Wall Street will lose nearly $2 million to explain how heavily the Silver market is shorted.

It all started with GameStop when a Reddit user found that Melvin Group, a wall Street Hedge Fund worth $13 billion has bought a significant short position against GameStop, and went on to create a group asking everyone to buy the shorted stocks as much as possible leading to dramatic and never seen before turn of events, where the GME stocks rose above $300 making the dying video game chain a Fortune 500 company.

Melvin Group had to finally close their short position as their losses mounted more than their valuation. While GameStop stock reached another high today breaching the $420 mark for the Options contract.

Is JP Morgan the Next Melvin Group?

JP Morgan, one of the top banking giants in the US who have moved past their fair share of debacles including money laundering charges and fake gold scam, might not have thought that the biggest financial scare would come from a Reddit group.

Melvin Group has paid the price for biting more than what they could chew, a term often used by bankers for retailers similarly losing heavy money, but as the tables have turned, Wall Street is trying to change the rules.

NASDAQ yesterday announced that they would halt any stock trade with high volatile market movement created due to social media frenzy and went on to halt GME stocks trading. The world seems to be divided on what happened yesterday where one side believes it’s a revolution of a kind where retail is showing its power to the institutions and hedge funds while Wall Street calls it a fall play.

The Reddit group has already been turned to private in the wake of GameStop development while Discord banned the group altogether. It seems Wall Street has started the crackdown to stop the retailers to beat them in their own game.

Is Pancakeswap the New Uniswap? Why PancakeSwap Is Surging & What’s Next?

Is Pancakeswap the New Uniswap? Why PancakeSwap Is Surging & What’s Next?