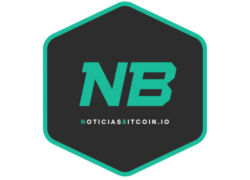 Canada’s Evolve Bitcoin ETF, the second to launch after Purpose, is taking the competition head-on by triggering a price war. While the Purpose Bitcoin ETF (BTCC) has gained the first-mover advantage, the Evolve Group is making fee adjustments to grab more market share in the heated Bitcoin ETF market.

The Purpose Bitcoin ETF launched just 24 hours before Evolve’s announcement and made the most of the first-mover-advantage. This 24-hour headstart helped Purpose Investments to grab a massive market share in the Bitcoin ETF space. Ben Slavin, head of ETFs for BNY Mellon Asset Servicing, told Bloomberg:

“BTCC illustrates the importance of first-mover advantage in ETFs. A one-day head start was all that was required to establish a clear lead for Bitcoin ETFs in Canada.”

In just the first two days of launch on February 18, over $300 million worth of shares BTCC exchanged hands. On the contrary, EBIT barely managed $20 million in trading volume. During Tuesday’s market crash and strong Bitcoin price pullback below $46K, Purpose Bitcoin ETF acquired an additional 2000+ Bitcoin taking its total holdings above 900 BTC.

Crazy, the Purpose Bitcoin ETF (BTCC) is trading 26x more than Evolve Bitcoin ETF (EBIT), which launched only 24hrs later. That’s how big a deal being first-to-market is and why issuers are spending millions in US to get first approval. Really is like the Cannonball Run.

Looking at the growth rate, Eric Expects That BTCC is likely to hit $1 billion in assets by the end of this week.

American Issuers Under Pressure of Getting Their Bitcoin ETFs

It’s high time that the U.S. SEC pays attention to the needs of the American market and thinks positively about getting a Bitcoin ETF in the market. Having rejected over a dozen Bitcoin ETFs in the last two years, American issuers have seen other markets take advantage of SEC’s regulatory uncertainty.

A recent example is the Canadian ETFs taking the lead. Nate Geraci, president of the ETF Store, an advisory firm told Bloomberg:

“Prospective Bitcoin ETF issuers in the U.S. must be salivating after witnessing the debut of BTCC, but they’re also likely feeling much more pressure now. It’s reasonable to assume the winner of the U.S. Bitcoin ETF race stands to benefit significantly.”

Coming back to the Candian market, will Evolve manage to close the gap with Purpose just by lowering the expense ratio? Bloomberg notes that the fee with Bitcoin ETFs is still relatively higher compared to other products in the ETF space. The median fee for passive ETF products is 0.49% while that for active ETF products is 0.72%. It looks like by lowering the expense ratio, Evolve can certainly attract existing Purpose clients or new players. But it needs to maintain the trading volumes higher to grab more trust.